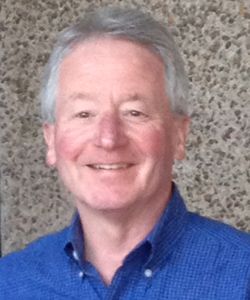 Sam’s affiliation with Fazoli’s dates all the way back to 1985 when the concept was originally conceived by parent company Jerrico, Inc. He was an integral part of the team that opened the first five Fazoli’s in Lexington, KY before leaving Jerrico to purchase The Coach House Restaurant – at the time the only Mobil Five-Star restaurant in the State of Kentucky. In 1992 Sam was inducted into the Nation’s Restaurant News Fine Dining Hall of Fame.

Sam rejoined Fazoli’s in 1994 and served as the Company’s first-ever Franchise Business Consultant. After several promotions including Director and Group Chairman of Franchise Operations, Sam was selected in 1998 to lead the Franchise Department as Vice President, Franchise Operations and Sales. That same year, Sam was presented with Fazoli’s “Servant Leadership Award”, the only recipient of this award in the Company’s history.

In the ensuing years that followed under Sam’s leadership, the Company’s franchise community doubled in size, easily exceeding the number of company-owned units.

In recent years, Sam has focused once again on growing Fazoli’s franchise system. After a period of stagnant growth during and immediately following The Great Recession, Sam re-ignited Fazoli’s franchise sales and has been instrumental in driving resurgence in the growth of the brand.

“Fazoli’s has been fortunate to have someone of Sam’s talents and abilities at the helm of our franchise system for the past 24 years” said CEO Carl Howard. “I thank Sam for his many contributions over the years and am grateful for his efforts in growing our franchise system and building a pipeline of future Fazoli’s franchisees.”

“I’ve had an incredible career in the restaurant industry generally, and with Fazoli’s, specifically” said Sam. I will miss the many friends and colleagues I’ve come to know so well through the years and will continue to wish everyone associated with this brand nothing but success and prosperity in the future.”