Food, Business, and Sustainability: An Intersection Revolutionizing the Food System

From foodtank.com
By
Izzy Baird

Kristen Rainy is a food acquisition and sustainability leader at Google. She will be speaking at the Seattle Food Tank Summit, “Growing Food Policy,” which will be held in partnership with the Environmental Working Group, Food Action, Garden-Raised Bounty, the Natural Resources Defense Council, and Seattle University’s Center for Environmental Justice and Sustainability on March 17, 2018. 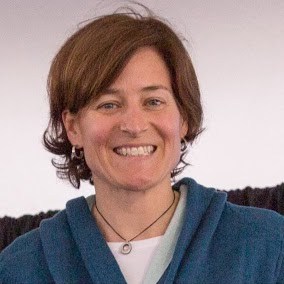 Kristen Rainy will be speaking at Food Tank’s Seattle Summit on March 17.

For the past 4 years, Rainy has worked at Google leading procurement strategy to source all the food and beverages served to Google’s employees in their 244 cafes across 55 countries. Additionally, Kristen manages sustainability efforts for Google’s food programs, focusing on food waste prevention and plant-forward diets.

Prior to working at Google, Kristen was a Brand Director in Sodexo’s Corporate division. She has also worked for a range of clients overseas such as Winrock International in Indonesia, the U.N. World Food Program in Bhutan, and Los Senderos, a sustainable resort in San Miguel de Allende, Mexico. Kristen earned her MBA as a Park Leadership Fellow at the Johnson School of Management at Cornell University, where she focused on sustainability in the hospitality industry, and spent a semester in Milan, Italy, completing a food and beverage Masters program at SDA Bocconi. Additionally, Kristen holds a Masters in International Affairs from The Fletcher School at Tufts University and a Bachelor of Arts from Princeton University. Her graduate thesis at Fletcher addressed the triple bottom line in the food industry.

Food Tank spoke with Rainy about her work to promote sustainable and nutritional food:

Food Tank (FT): What originally inspired you to get involved in your work?

Kristen Rainy (KR): I’ve always had a strong interest in all elements of food. First, it’s the hedonistic lens— the pure joy of trying new ingredients and flavors for the first time in new countries where I’ve had the opportunity to live, work, study, and travel. Second, my interest in cooking started at a very young age. What began as helping my father press microwave buttons to heat frozen dinners for our family in 2nd or 3rd grade soon turned into me kicking him out of the kitchen so I could focus on more advanced tasks like boiling water! Eventually, I started insisting on making healthy dishes from scratch. As I got older, I became interested in the nutritional component of food, particularly how it affected my athletic performance and my mood. In graduate school, I explored more of the global issues around food such as global nutrition and malnutrition, environmental impact, and corporate social responsibility of food corporations.

At the same time that my interested in food was growing, I also developed a strong connection to the outdoors. One pivotal experience was when I walked from Maine to Georgia on the Appalachian Trail, sleeping under the stars and carrying everything I needed on my back. This adventure lasted for four and a half months and living outside for such a prolonged length of time increased my sensitivity to the impact we’re having on the earth. We’re trashing it. So the intersection I’m at now—of food, business, and sustainability—is exactly where I want to be. It’s exactly where I feel I can have the most impact.

FT: How are you helping to build a better food system?

KR: The two areas I’m most focused on are food waste prevention and plant-forward diets, which are recognized as two of the most impactful things we can do to reverse climate change. Paul Hawken’s latest book Drawdown confirmed that we’re working on the right things.

FT: What’s the most pressing issue in food and agriculture that you’d like to see solved?

FT: What innovations in food and agriculture are you most excited about?

KR: I’m pretty excited about the opportunities with plant-based proteins. As we continue to explore less carbon-intensive options to replace beef and lamb, we need to find creative, delicious protein replacements.

FT: What is one small change every person can make in their daily lives to make a big difference?

FT: What policy areas or ideas would you like to see an increased focus on as the 2018 Farm Bill negotiations kick off?

KR: I would like to see a Farm Bill that removes crop subsidies. This would allow markets to function as they should, and ensure that crop commodity costs reflect their true costs.

Tickets for the 2018 Seattle Food Tank Summit are selling out quickly! Join us in Seattle on March 17th as we discuss cultivating the next generation of food leaders. Apply to attend HERE.