Is the mini flan a favorite of yours from La Boulange? Make it at home with their second cookbook.

What would you get if you took the appeal of a widely available chain and paired it with a unique brand with high-quality products? Well, a good answer to that question would probably be Starbucks, but if you asked someone who lives in the San Francisco area, they might also say La Boulange Café & Bakery, and they'd be right.

The French café chain was started by Pascal Rigo, a baker from Bordeaux, France, who moved to California and opened a wholesale bakery within the rolling hills of the city by the bay. Since the opening of his Pine Street storefront, Rigo has expanded La Boulange into café chains all across the Bay Area. It’s no coincidence, either, that the brand has an affiliation to Starbucks, because just this past year Starbucks and La Boulange partnered together, and the coffee conglomerate will begin distributing La Boulange products in their stores throughout San Francisco.

The one thing they don’t have in common is that unlike Starbucks, La Boulange has a sense of exclusivity, because if you don’t live in San Francisco or the cities surrounding it, you’re not able to get your hands on their freshly baked pastries and goods. That’s OK, though, because Rigo is proud to release the café’s second cookbook, La Boulange Café Cooking at Home, which shares their popular menu items and more with their fans and readers across the country.

We spoke to Rigo himself about the cookbook, Starbucks, and his plans for La Boulange.

The Daily Meal: Tell us how your second cookbook is different from your first?

Pascal Rigo: The first cookbook was mainly about the initial bakery on Pine Street. [It] was all based around bread and pastries, [or maybe] a simple open-faced sandwich. This one is all about the chains of La Boulange, which are more than 10 years in the making. [It was written with a strong] understanding of our customers and what they like.

TDM: So, there are top-selling menu items in the book, which is great for La Boulange fans outside of San Francisco, but is there anything for your die-hard fans to look forward to as well?

PR: Yes, La Boulange Friday’s. Every last Friday of the month, we help raise money for a particular nonprofit organization by serving a special menu. It’s a new menu every time, so it’s really exciting to have some of the popular recipes from these events in the book.

TDM: What are some of your favorite recipes?

PR: The lamb shank confit tartine from a La Boulange Friday, the flan, and the lobster sandwich. 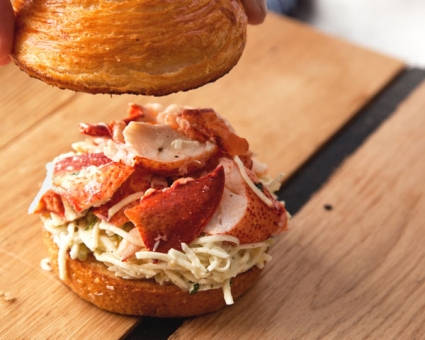 TDM: What else do you love about the book?

PR: [I love the fact that] what we tried to do was give this book as a base, not necessarily a bible [by providing readers with options for each recipe]. If you can’t find that [ingredient], then use this one, etc. [It represents] what cooking should be: not complicated but with telling results. 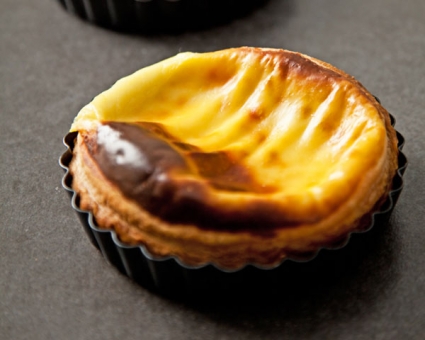 TDM: Tell us about Starbucks, how it influenced your book, and if this means we can expect La Boulange to go nationwide.

Related
The Apex of Culinary Skills: The Salt Lick BarbecueCooking with Vegetables of Every ColorThe Mother Sauces: 5 Sauces to Spruce Up Your Cooking

PR: The book was done before the deal happened, but I asked Howard Schultz to write the forward because it’s such a great story for how we met. What he’s saying in the forward is genuine and it’s the reason we’re working together. We’re going to keep La Boulange in San Francisco, but expand it through Starbucks [by always] pushing the envelope. We can do better, we can try new products, new specials, [and we’ll continue to do that through Starbucks].