Milk isn’t the same as it used to be. In the past, you went to the grocery store and all you’d have to decide on is whether to go whole or skim. Now, there are more milk choices than ever — dairy, almond, coconut, soy, rice, potato — so many that it’s getting hard to know which to choose. Here’s a breakdown of what to expect from the four most popular: dairy, soy, almond and coconut.

While dairy milk (aka the milk we drink every day) is (obviously) the most popular type of milk, it is also the most controversial. Vegans and vegetarians have issues with dairy milk from an standpoint as it is an animal product. Dairy milk is the only of these four alternatives that contains lactose, making it an issue for those who experience lactose intolerance (which means their stomachs lack the enzyme lactase that helps breaks down the lactose in milk). In terms of nutrition, whole milk is very high in fat, so definitely go for skim. On the plus side, it’s very high in protein and a single serving (one 8-oz cup) provides 30% of our daily calcium needs and 50% of our daily vitamin B12 needs. From a cooking standpoint, dairy milk is the first choice for almost any dish you’re whipping up.

Soy milk is technically not milk, but rather the liquid leftover after soybeans are soaked, finely ground and then strained. Since it comes from a plant, it is vegan- and vegetarian-friendly and also avoids any issues with lactose. It’s about as good as dairy milk for protein and has about the same values of calcium and vitamin B12. In its regular form, it is fattier than skim milk, though some makers offer light versions that carry significantly less fat content. Taste-wise, soy milk has a bit of a sweetness to it, so if you’re substituting it for milk be mindful that it will slightly alter the flavor. Soy milk is especially good for baking, particularly in recipes that have strong flavors that won’t be overshadowed by the taste of soy. 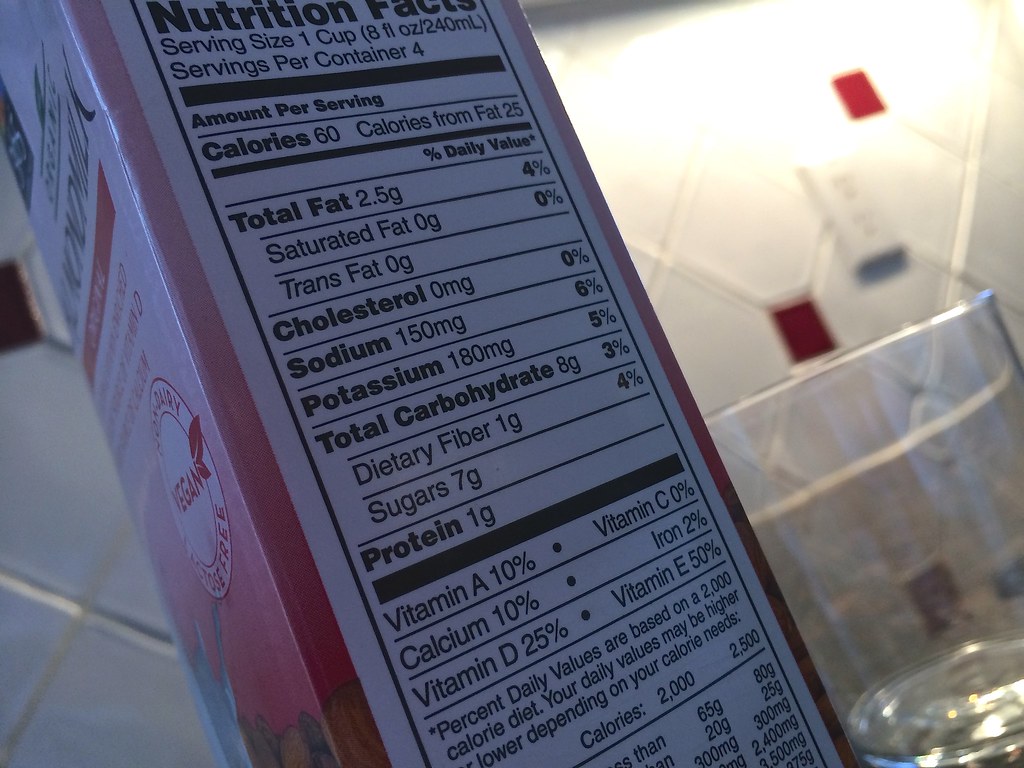 Almond milk, like soy milk, is derived from a plant. It is made similarly to the way that soy milks are processed. Like soybeans, almonds are soaked, ground and then strained for the resulting liquid. Almond milk is fattier than both dairy and soy milk, which makes sense given that it comes from a nut. While dairy and soy milk are higher in protein, almond milk has 50% more calcium than the former two. It is also an excellent source of vitamin E, a key nutrient not found in dairy or soy milk.  Almond milk, while still sweeter than dairy milk, is more subtle than soy milk. It is an excellent replacement for milk in creamy dishes, though it won’t thicken or whip the same way as dairy milk does. Almond milk is the perfect complement to any nut dish, enhancing the nutty flavor that is already present.

Coconut milk is probably the least commonly used in everyday cooking. Coconut milk results from the juice squeezed out of the meat of a coconut fruit. It has the highest fat content and the lowest protein content out of the three non-dairy milks. It is, however, the best source for vitamin B12 and calcium (on par with almond milk). In moderation, its high concentration of vitamins and minerals makes up for the high fat content. Coconut milk is great for fruity dishes, particularly smoothies, milkshakes or (duh) piña coladas, and is highlighted in a number of cuisines, particularly Asian. Also, be sure to check out my recipe for Thai Coconut-Ginger Soup for a delicious take on coconut milk here.