22 countries, from Slovenia to Scotland, are represented in our ranking.

What part of the world has a higher concentration of truly magnificent restaurants than Europe? From cutting-edge Spanish gastronomy to rustic fare from the French and English countryside, from stunning Italian pastas to modern Nordic envelope-pushing cuisine, we’re presenting our third annual ranking of the 101 best restaurants in Europe.

Assembling this list was no easy task. Every country in Europe has excellent restaurants these days, and we set out to represent as wide a geographic (and culinary) range as possible, recognizing not just the culinary shrines in more familiar places like Paris and London, but discovering lesser-known gems in other corners of the Continent, from Ljubljana, Slovenia to Calldetenes, Spain.

We started by reaching out for restaurant suggestions from our expansive roster of trusted panelists, including restaurant critics, food and lifestyle writers, hospitality business professionals, and bloggers with extensive restaurant-going experience, with a goal of expanding on the 314 nominees from last year’s ranking. Nominations were also contributed by The Daily Meal Council, including some of the world’s most renowned chefs, food writers, and other culinary professionals. Incorporating all the new suggestions in addition to nominations from previous years, we came up with 413 restaurants to consider, from every corner of Europe. We then categorized these restaurants by country and assembled a survey, and finally invited our panelists and Council members to vote for their favorites.

Restaurants offering a variety of cuisines, from classic French and traditional Italian to international fusion, were considered. We didn’t discriminate according to location; no town, island, or enclave in Europe was off the table. Price was not a factor, though many of these impressive restaurants have equally impressive tabs. Although we took inspiration from the Michelin Guide and other reputable sources, we weren't slaves to their rankings, and many excellent Michelin-starred restaurants have been omitted, while a number of places not singled out for that honor are represented here. While many of the restaurants on our list are gastronomic powerhouses, like the palatial Le Meurice in Paris, there are also a number of more casual places that reflect the local character, ingredients, and culinary traditions; for instance, Fishy Fishy in Kinsale, Ireland, and El Motel in Figueres, Spain.

As with any ranking, there are bound to be disagreements, and we’d love to hear from you if you feel that we missed any great restaurants. Click here for our ranking of the 101 Best Restaurants in Europe, and share your compliments and critiques in the comments section below. 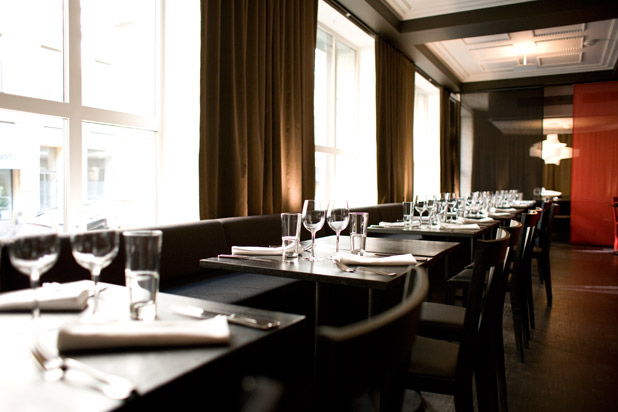 This Finnish hotspot is known as one of the best bars — for both wine and cocktails — in town, but while "small plates" are the house specialty, the fare is far more than bar food. Chicken and foie gras croquettes, pan-seared scallops with dill and fennel salad, and smoked arctic char with creamed chanterelles are typical of the menu, and the dry-aged Simmental beef rib is arguably the best hunk of meat in Helsinki. 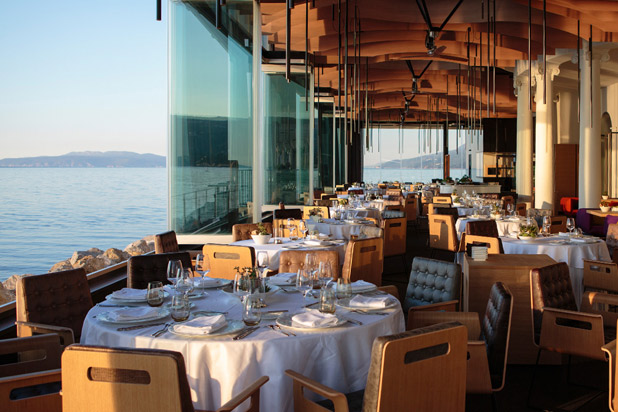 The best Croatian cooking draws on influences from its neighbors in Italy as well as its own culinary traditions, and makes full use of the wealth of seafood caught off the Dalmatian coast, along with wild game, wild mushrooms, and first-rate fruits and vegetables from the interior. At this beautifully situated hotel-restaurant in the old Adriatic resort town of Opatija, chef Andrej Barbieri offers diners the likes of Kvarner Bay scampi tartare, local octopus roasted in dark beer with couscous, black tagliatelle with Adriatic spiny lobster, and Island of Cres lamb with seasonal vegetables in lamb broth, all prepared superbly.

Dan Myers is the Eat/Dine Editor at The Daily Meal. Follow him on Twitter @sirmyers. Additional reporting by Colman Andrews and Kristen Oliveri.