By
Italiaoutdoor Food and Wine 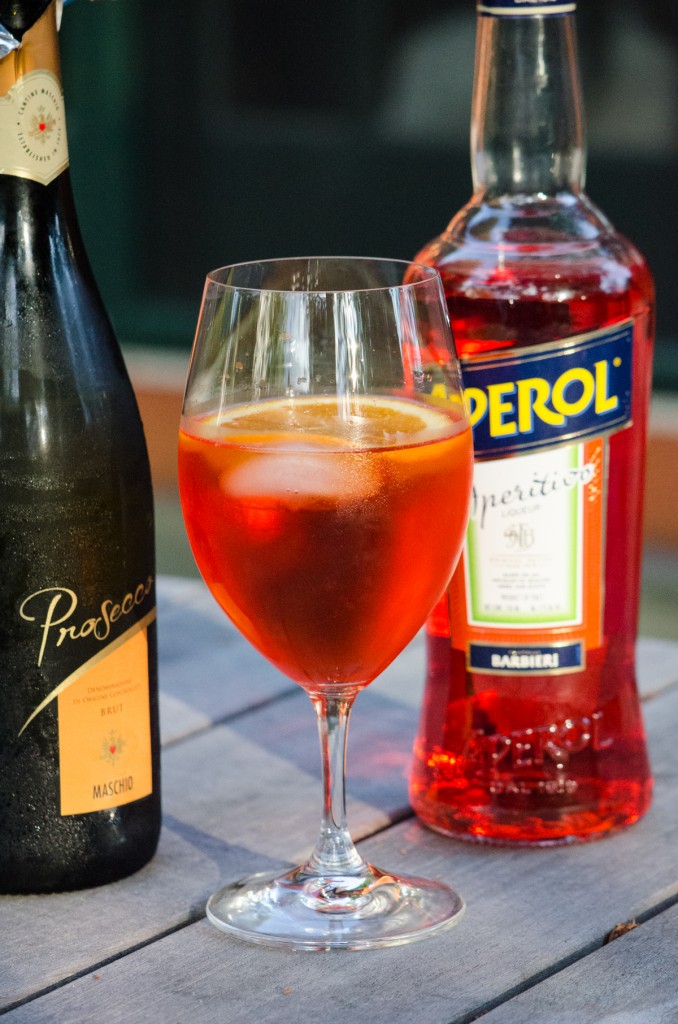 Hugely popular in the Veneto, guests on our cycling and ski tours always ask about the brilliant orange drink that almost everyone seems to be enjoying in the early evening. Italians love their bitter liquors, with Aperol, Campari, Cynar, and many others to try. This spritz is a perfect late afternoon refreshment, low in alcohol, crisp, and not too bitter. And it has found it’s way across to the US, as I find various versions of a “spritz” now on bar menus, Aperol commonplace on liquor store shelves, and even a pre-mixed spritz in a bottle (ugh). 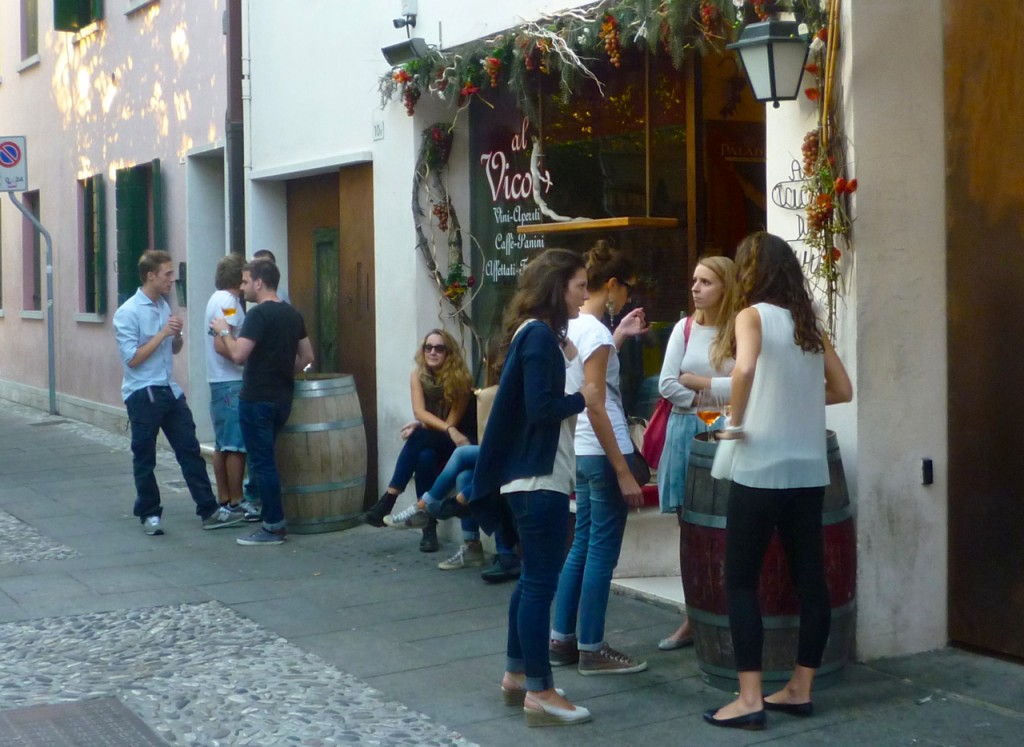 The spritz supposedly originated during the Austrian rule of Venice. The beer-loving Austrians ‘spritzed’, (from the German word spritzen, to spray) the local wine with water to lower its alcohol content. Aperol was born in 1919 at the International Fair in Padova. Created by the Barbieri Brothers, Aperol’s ingredients include bitter and sweet herbs and citrus, including licorice, fennel, aniseed, popular buds, bitter clover, wormwood, valerian, gentian, bitter orange, and rhubarb. It tastes and smells similar to Campari, but with less than half the alcohol (11% versus 23%). In fact, early marketing campaigns referred to Aperol as “il liquore degli sportivi”, or the “choice alcohol for the active individual” due to its low alcohol content. It did not become successful until after World War II, when it made it’s way into the “Lo Spritz”, and today this term is synonymous with Aperol and the Italian ‘aperitivo”. Gruppo Campari now owns Aperol. 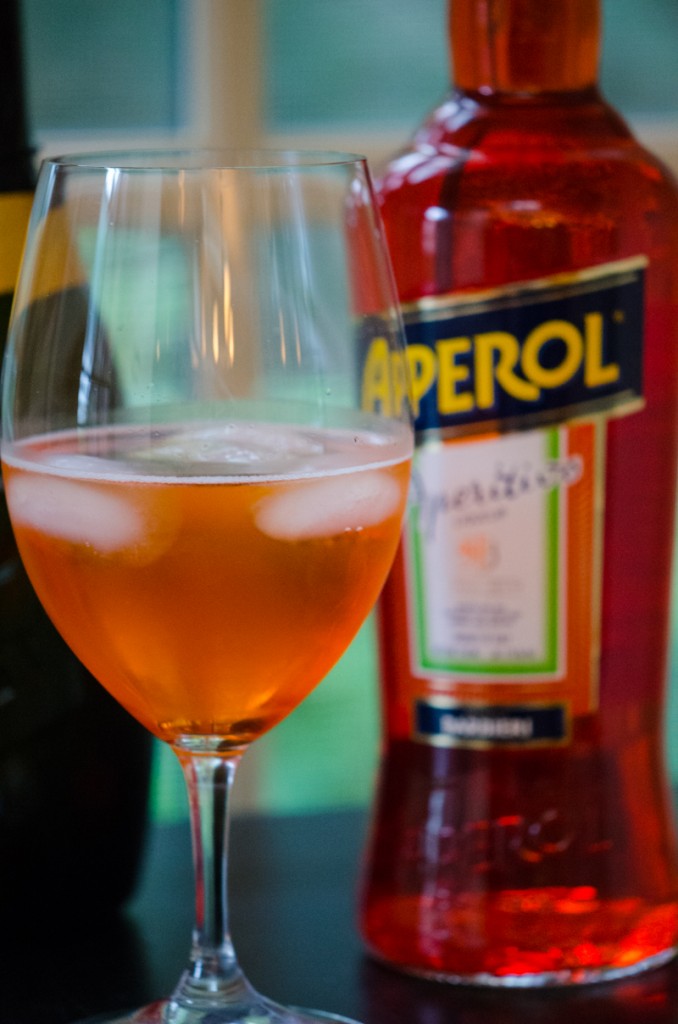 Combine the three ingredients in a glass, with ice cubes. Stir, and garnish with a slice of orange.